Vilmantas Marcinkevicius was born in 1969, in Kaunas, the second biggest town of Lithuania. His personal style was formed studying at Vilnius Academy of Art during the collapse of the Soviet Union.

The paintings distinguish themselves by vivid and unexpected colors, standardized figurative representations – with no excessive regard for anatomy – and the equally naive and simplified depictions of nature.

Although he creates spontaneously, every painting has its main theme. Marcinkevicius chooses the privilege of an artist to ask the viewer uncomfortable questions about history of nation, state and individual, price of political, economical and personal victories and losses. He invites the viewer to interpret the paintings using their own experience and point of view.

The artist has held 30 personal exhibitions in Lithuania, Denmark, France, Sweden and Fareo Islands. His works were exhibited in Copenhagen, Cologne and Gent art fairs. 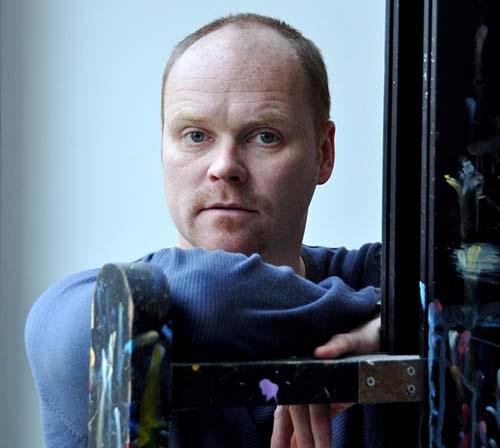 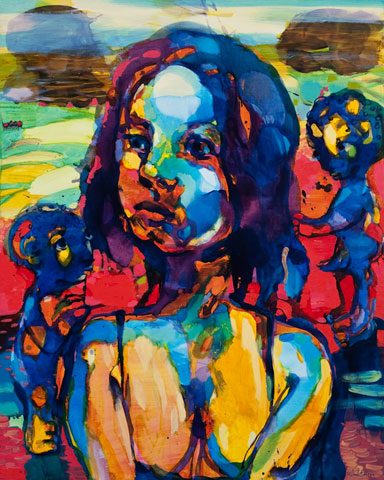 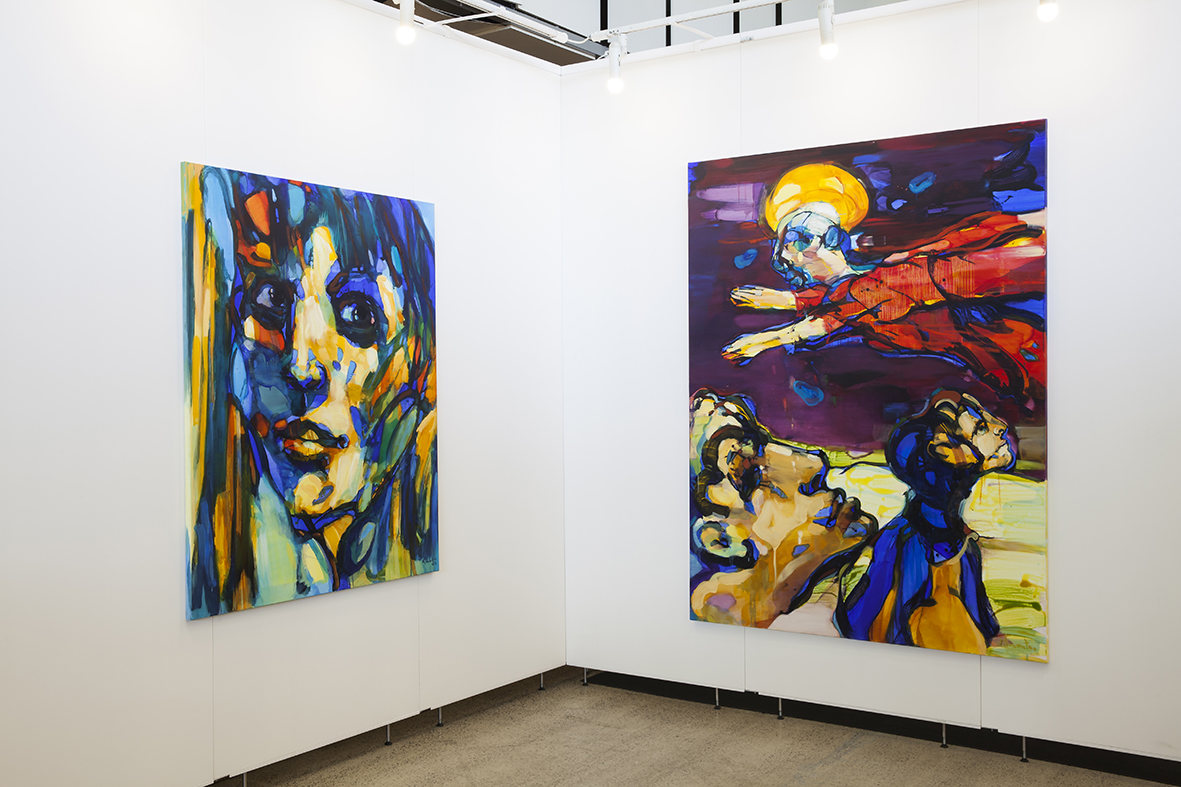 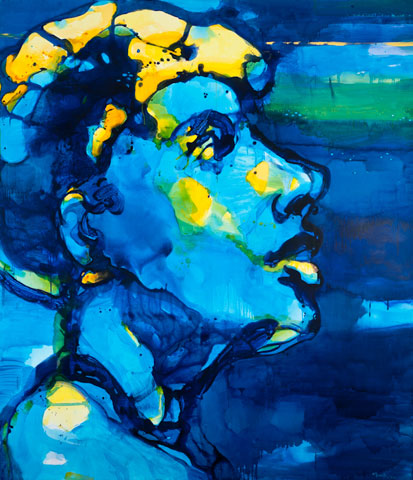